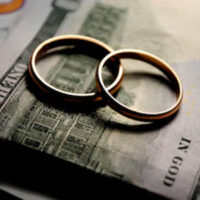 Divorce isn’t limited to a particular race, religion, or economic status.  People of all stripes find themselves in need of divorce.  When those people are rich and famous, the titillating details can include incredible amounts of money!

It stands to reason that the more money and assets a couple has the more there is to divvy up when the marriage ends.  Some big names that have been in the news include:

In Missouri, the process of dividing property involves looking at a variety of issues.  As an equitable distribution state, the court is obligated to consider the following:

Once the court determines the appropriate settlement, it is binding by law.  Although not necessarily an equal distribution, the court will attempt to provide what each person needs moving forward.

If you are considering a divorce, regardless of circumstances, the experienced Springfield divorce attorneys at Courtney & Mills can help.  We assist people from all backgrounds and situations to move forward as we fight to achieve the best possible outcomes in a divorce. Schedule a confidential consultation with our office today.

By Courtney & Mills, LLC | Posted on April 1, 2021
« Gray Divorce: What to Expect when One Partner has Failing Health
Co-parenting During a Pandemic »