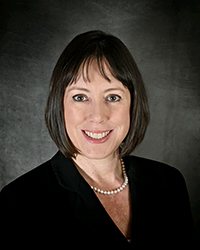 “I believe in preparing my cases for trial, but I know settlement is not weakness. It is an informed decision made by the client, weighing all aspects of the case and their individual situation in life. It allows the client to retain control over their destinies. Sometimes, an agreement cannot be reached. When the points of view are just too far apart, it is time to assemble all of your ammunition, and go to trial.”

Chad was very helpful with assisting me with my traffic ticket. It felt good to know I was being taken care of in a time of need. The process was explained well and I felt… Read More

Ann represented me in a difficult divorce case that took well over a year to obtain a judgement due to the other party. She was extremely organized and well prepared for court each time we… Read More

The absolute best decision I made during my divorce was hiring chad. He was allways honest and upfront about everything involving my case. He was allways quick at responding to anything I had questions about… Read More