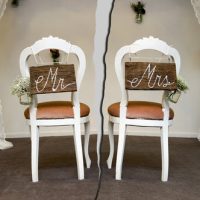 In January, the grim business of filing for divorce becomes a preoccupation for many. Shocking statistics tell the story: divorce rates rise as much as 30 percent after the holidays. One attorney reports that there are plenty of questions about what he calls New Year’s resolution divorce every January. Why the spike at the first of the year?

It seems that many people are looking to start with a clean slate after suffering through an unpleasant holiday season. Most of the time people have been mulling the idea for many months, perhaps even years. In some cases, people actually get the ball rolling in November or December, but hold back from telling their spouses until after the holidays are behind them. After all, most people really don’t want to destroy Christmas for their spouses and kids. On the other hand, there are generally a few spiteful, mean spirited spouses who are more than happy to drop the bomb in December to get the added bonus of ruining Christmas for them. Fortunately, those situations are the minority.

What is it About the Holidays?

So why are the holidays such a treacherous time for marriages? For those whose marriages are already a little iffy, feeling disconnected during the holidays can become the last straw. Tensions between couples can be exacerbated by increased expectations from friends, in-laws, and family. When things are already rough, financial difficulties can really add fuel to the fire. Particularly when couples have different views about the ways in which money should be spent, money can be a huge wedge during the holidays.

Although many individuals claim to be completely surprised by their spouse’s wish for a divorce in January, there were probably warning signs that were ignored for quite a period of time. Did you have any conflicts that have been brewing for a while? Has communication become rote? Has your sex life dwindled? Has your unhappiness become such a way of life that you don’t even notice it anymore? For couples who have been going through the motions on auto pilot for a while, it may come as a surprise when one partner has had enough. But the absence of misery, after all, is not the same thing as happiness. Couples who have taken one another for granted for too long may find a divorce in the cards come January.

If you are one of the thousands of Americans who are no longer content with just surviving day after day in a marriage that does not bring you joy, it is important to have an experienced Springfield family attorney representing your divorce needs. At Courtney & Mills, we are prepared to listen to your goals and work hard to achieve them. Schedule a confidential consultation in our office today.

By Courtney & Mills, LLC | Posted on January 10, 2023
« When Domestic Violence Leads To Divorce During The Holidays
Don’t Make Divorce Harder Than It Has To Be »