Close Menu
Approaching Every Case with Strength, Education and Respect
Get Help Today! Local: 417-869-9888 Toll Free: 888-844-7518
Law Pay
Springfield Divorce Attorneys > Blog > Divorce > How to Get a Dissolution of Marriage in Missouri 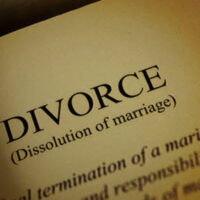 The dissolution process begins with the filing of a petition by one or both parties to the marriage, requesting a competent court to dissolve the marriage.  The requesting party is referred to as the petitioner, and the other party is referred to as the respondent. The petition is filed along with the proposed division of property, child custody, and child support, in the county in which either party resides.

In principle, Missouri is considered a “no-fault state.” This means that the Missouri Statutes grant courts the power to grant no-fault dissolution of marriage if both parties by petition or otherwise state before the court that the marriage is irretrievably broken, or one of the parties has so stated and the other has not denied it, and therefore the court, finds that “there remains no reasonable likelihood that the marriage can be preserved and that therefore the marriage is irretrievably broken.” (MO ST 452 305).

However, if the respondent declares that there is a reasonable likelihood that the marriage can be preserved, then the petitioner the request for dissolution must prove one of the following grounds:

At least one of the parties must have been a resident of Missouri for ninety days preceding the filing of the petition for dissolution.

The court will grant the dissolution thirty days after the filing of the petition or service on the respondent. This is the minimum time frame for the duration of the process in case of an uncontested dissolution. Timing may be extended if the parties require court intervention for resolving other matters ancillary to the marriage or specific rights and obligations (i.e. custody, spousal support/alimony, child support, allocation of assets).

For advice on filing or responding to a petition for dissolution, contact Courtney & Mills, LLC to schedule a consultation with one of our Springfield divorce attorneys.

By Courtney & Mills, LLC | Posted on January 28, 2021
« New Tax Law may mean that NOW is the time to get divorced
My marriage is dissolved, who gets the children? »